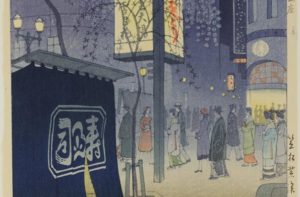 Japan’s Book Donation to the University of Louvain 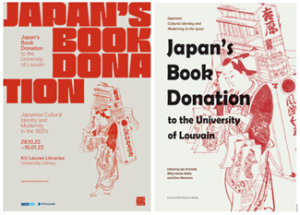 In the 1920s, Japan donated roughly 3,000 books to the University of Leuven, totaling nearly 14,000 volumes, in addition to several maps and some works of art. This represented Japan’s contribution to the reconstruction of the University Library, which had been completely reduced to ashes in August 1914. More than hundred years later, the donation is an important and often forgotten part of the heritage of KU Leuven and the Université Catholique de Louvain.

The collection is among the most remarkable and systematic collections of early modern Japanese books outside Japan. The majority of the donated books date from the Edo period (1600-1868). A selection from this magnificent donation will be on display at the exhibition.

Japan donated these precious books not only as a token of friendship towards Belgium, but also to make Japanese culture more visible in Europe. This was part of the drive towards a new world order in which the Japanese empire wanted to play an important role.

To understand the background to the donation and its origins, the exhibition highlights the main features of Japanese society and culture in the 1920s in the context of global modernity. Japan’s Book Donation to the University of Louvain evokes this period through numerous film clips, photographs, artworks and objects including unique loans from the National Museum of Japanese History in Sakura that will be on display in Europe for the first time.

‘Japan’s Book donation to the University of Louvain’ is curated by Prof. Dr. Jan Schmidt (Japanese Studies, Faculty of Arts, KU Leuven). The exhibition is a production of KU Leuven Libraries in collaboration with UCLouvain.

The selected artists come from the three East Asian countries represented by the MOK: China, Korea and Japan. They draw on their centuries-old tradition as part of their identity. In that spirit, individual pieces of ancient art are juxtaposed with their works in the exhibition. The influence of Western art on China, Korea and Japan has by no means eliminated tradition, instead challenging it to develop and evolve along new lines in the course of globalization. Transcending the bounds of their cultural origins, the artists cited above have created works that resonate with concepts from modern Western art.

Horizons testifies to the vitality and creative resilience of contemporary East Asian art. It constantly draws anew from its rich tradition and achieves impressive new inventions, rediscoveries and re-interpretations. It will play an increasingly important role on the international stage. 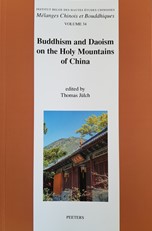 This volume sheds new light on the matter of religious mountain culture in China – a theme of great relevance to the Chinese civilization. Already during the Chinese antiquity, mountains had specific ritual functions. This may be seen as a precursor to the importance mountains gained when in medieval China Buddhism and Daoism emerged as dominant religions. Adepts of both religions often went into retreat on mountains to practice spirituality, and as a result monastic communities often formed on mountains. In the further course, certain mountains began to attract pilgrims, since they were associated with famous practitioners who had lived there, or since they were seen as the seat of particular Buddhist or Daoist deities. As il would be impossible to cover this wide field in total, the present volume is designed to offer specialized studies of selected segments. Contributing scholars include Bart Dessein, Susan Andrews, Huang Chi-chiang, Timothy Wai Keung Chan, Thomas Jülch, Stephen Eskilden, jan De Meyer, and Louis Komjathy.

The cover image shows the Yuhua Hall of the Guoqing Monastery in the Tiantai Mountains. The image was taken by Thomas Jülch in 2017.